The users of a technology platform inside an organisation are a peculiar, collective beast. They are very different to the masses of end users that are customers of a consumer product or service. They are also subject to very different forces than the free, open market subject’s consumers to. However, we can draw parallels and bring in comparisons and best practices from the consumer world and startups that launch successfully there. Launching a platform to enterprise users should be seen as no less important than launching on the open market.

In many cases the numbers of users will be vastly different. Inside the organisation the numbers will be on a much smaller scale for most but the very largest of organisations. Types of users also differ. For example, in the consumer world you have customers mixing with employees such as buyers and sellers on a shopping portal or travellers and hotel operators on a booking service, etc. In some cases enterprise platforms will be intended for use with end users or consumers but the platform will still have to be addressed and launched internally first which is what I focus on. Other platforms will be purely for internal use.

Also, their will be a difference between platforms intended for general use and collaboration or communication like intranets and those for specific purposes like HR or Sales software. The former will have the larger number of users generally. The latter will have a more focused niche of users with very specific motives.

Why emphasise the launch? Because its what you do in the first 90 days that matters. So if you are responsible for technology platforms inside your organisation or help those that are, hopefully these tips will be of use.

I work as a customer success professional and have done for some time. In that capacity I’ve always been focused on the longer term strategic outlook for a customer’s use because I’ve always had an eye on the renewal date of the software. This generally tends to be at least a year down the line from the time the platform is first used. Most often these days though, its two to three years down the line with longer term contracts being signed.

In my job I advocate meaningful and strategic long-term considerations in the form of a good success plan. I’ve written about that in this primer on SlideShare. The launch phase is covered in the primer but only as part of the longer term approach. So I’m calling it out and expanding on it in this article specifically.

In some organisations, the customer success manager (CSM) is lucky to play a role in the launch of a platform and can effect outcomes positively. In other cases, launch is managed by an implementation manager and the outcomes of a good or bad launch have to be dealt with by the CSM when he or she takes over after the initial implementation phase. If the latter and the CSM is lucky, the hand off will be on the back of a successful launch.

The fact is also that if you don’t tackle the beginning stages properly, tackling the longer term is hugely more difficult, if not impossible. There are major challenges and opportunities with tackling adoption and engagement in the early stages:

In the chart below I’ve tried to position where the launch phase would sit in the context of a longer term success plan and its key goals. Achieving the main aim of engaging users and ensuring they derive value from their use of platforms is made immeasurable easier when you launch successfully.

Based on some excellent experiences from startups and my own with launching dozens of enterprise platforms I have distilled it down to these steps (in no order of sequence or priority):

What if you fail to launch successfully?

Then, as in Brian Chesky’s case (co-founder and CEO of Airbnb), don’t fret as you still have two more chances. At least that is, if you haven’t bungled the non communication aspects. This point only really applies if you launched and no one noticed. Maybe the timing was wrong and employees were too busy with other priorities or you simply bungled the communication and the messages didn’t resonate or make a big enough impact.

If on the other hand you have made the wrong choice of platform or the platform had terrible problems, bugs and issues, well then you have a harder task. Coming back from the latter is not going to be achieved simply by relaunching :) 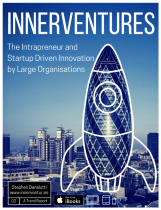